I would gladly have Jon Stewart's baby

I just wanna throw that out there.

There is this widely held belief that funny people are not smart. I think it dates back to the class clown in elementary school. You know, the kid who used to put pencils up his nose because that was the only way he could gain approval? And because you knew one funny kid in your class and you knew he was a total idiot, you extrapolated your experience and assumed all funny people were not necessarily the brightest crayon in the drawer.

And by "you" I do not mean to point the finger at "you" the reader but more of a general drunken pointing around the bar at "youse" who may not be in the bar at all, but is in fact a cow in the field over yonder.

So don't be all up in my face and saying I'm calling you stupid. Especially if you were the class clown. You all scare me with the pencil thing - don't you know it can go into your brain and you could DIE!?!

Anyway not all comedians are smart and not all nerds are brilliantly funny. But sometimes you get really funny crazy smart people. Jon Stewart is one of these people. Yeah, he's got writers to help him out, but in the hot seat, going head to head with someone, it's all on him. 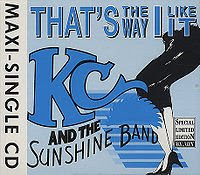 I call on you to witness the YouTube Jon Steward vs. Crossfire showdown. Check out time stamp 7:51: bow-tie boy (what WAS his name?) says, "Wait, I thought you were going to be funny!?" And Stewart replies, "No, I'm not going to be your monkey." I usually lose track of the conversation at that point because I'm hootin' and hollerin' and making a damn fool of myself, pointing at the screen and doing my impression of "That's the Way." It's not pretty.

But most recently there was Crammer vs. Not-Crammer. The whole thing built up over several days and I only just got around to watching all of it. Hey, yesterday I rocked my dissertation, thank you very much, I need me some articulate comedic commentary to make the little angry German in my head go away. But you can see in this episode where Crammer, having just gone on Martha Stewart and beaten the heck out of some dough after she says he should think of someone he hates... like Jon Stewart..., goes on The Daily Show and tries to make nice. Sort of smooth over the whole thing. See, Crammer got GREAT publicity out of this "show-down of the hosts" (reported on all news media - CNN WHAT ARE YOU DOING?? I'm shocked Wolf Blitzer didn't do 'round the clock coverage and the Countdown to the Debate of the Century), and now on The Daily Show he wanted to sort of say, "yeah, we could have tried harder. Oh well, what can you do?" Smile, shake hands, walk away and declare victory.

Stewart wasn't having any of it. He goes after Crammer with a mission, to point out that Crammer, among others on CNBC, knew the crap that was going on behind the scenes and then instead of calling people on it, were cashing in on it and encouraging others to cash in too. On a Business NEWS Network. I think Stewart put it best the day before, when he talked about creating an atmosphere of excitement. That's what these programs were doing. I mean, Crammer's is called "Fast Money" it's all about how to make money fast. (There are some clips shown that suggest that not only did Crammer know that there were questionable activites, but that he was going to promote them anyway. Oops. Never have the discussion about how you are going to do highly questionable things when there are cameras around. That's like rule #1 of romantic comedy. If there is a camera it will be on and you will rue the day you walked in that door!)

There is a very valid point that didn't get hammered home (well, there were a lot of points to hit) that I'd like to talk about, muhself. Crammer mentions in the interview that he's only a commentator. But his show is filled with advice, not commentary. His motto is "In Crammer We Trust" and he comes across as a financial advisor, advising the viewer on what to do with their money and where he thinks the market is going to go. His excuse on why he is not responsible for the chaos that came from his advice is that he wasn't giving advice, he was just commenting.

But does a commenter take calls and tell people to buy or sell stock?? I mean, a sports commentator is in a booth above the field looking down and talking about what's going on, he's not coaching the damn game! The sports commentator is saying, "Ah, did that look like a mask-grab Bob? I guess the ref didn't see that one!" "Oh, no wait, Jim, there's the yellow flag now!" "Boy is couch Fred going to be mad, that was Jack's 33rd personal foul this season, I think he'll be out for the championships!" That's commenting!! (And can you tell I don't watch sports?)

But I must be confused, I mean, hey, I still find The Daily Show one of the best news programs on TV. (And it will be as long as Wolf I-can't-stop-talking-to-let-my-coanchors-you-know-anchor Blizter is moderating. Wolf, SHUT UP! Your monotone makes my flesh crawl, you pretend to be stupid in order to lead an interview which insults your viewers intelligence, and you never say anything remotely interesting! Get back into the trenches and learn to be a reporter.)

Anyway, this all connects with my life in a very important way, I just managed to work "America: The Book" into my dissertation. I came across "My Life" by Bill Clinton in a bibliography on coin hoards of the second-seventh centuries and I've always wondered if it's actually cited in the text or was thrown in the bib for comic effect. It made my day! I read a lot of bibliographies and I get very bored. I was rather morose as I couldn't work any sci-fi or fantasy comparisons into my dissertation, because I also want to perk up some graduate students life someday. Thank you, Scriptores Historiae Augustae, not only did I manage to get something odd into my bibliography, but you actually made it relevant!!
Posted by Archaeogoddess at 2:38 PM

Email ThisBlogThis!Share to TwitterShare to FacebookShare to Pinterest
Labels: media, people made of awesome, things that make the archaeogoddess happy