Last week I passed the theory portion of the driving test that I need to take to get me a Danish driver's license. 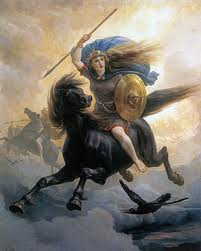 Translation: Yeah, ladies of questionable politeness, what should you be especially aware of now?
So, next it is driving around, taking direction in Danish, being særligt opmærksom på bicycles, pedestrians, and stray cows... hey, it's the boonies out here... and then I'll take THAT test...
And then...
Then I'll have a Danish driver's license and I'll FINALLY be able to get someone to help me with my NEMotherfuckID so I can FINALLY log into bank accounts and tax accounts.  (You can only get phone help for your NemID if you have a Danish passport or a Danish driver's license... otherwise you need to rely on the very friendly, but not particularly well-trained in NemID shenanigans, Municipal Secretaries of Magic.  I'm not changing my citizenship, so a-driving I will go.)
Not that I really need to be able to get the damn thing to work, since it turns out that my accountant can log into my tax accounts.
Yeah, *I* can't get my NemID to work, so *I* can't log into my account, but my accountant, who I've NEVER MET can get all the numbers he needs to find out that I didn't pay enough in taxes last year.
This is not particularly what I wanted him to find.  I wanted him to find butt-loads of money owed ME.  This is normally the way of things.  But that dear Danish Boy of mine went and earned Too Much Money.  I don't particularly feel like we're living in a higher tax bracket.
So while I may finally achieve my goal of getting a Danish driver's license - and doing the WHOLE THING IN DANISH to boot - it's not like I'm going to be getting a CAR to DRIVE at the end of it.
Thus the ongoing argument around the house - Audi, Volvo, Benz, or an Opel named Oliver... is moot.

Pronounced "far-lee vwhy-swing" or as we say it in America - Dangerous Curves... baby.

Actually I love saying ubeting vigepligt "oo-bee-ting vee-a-plickt" which means "unconditional right of way" or "Yield Motherfucker!"  This nudges out "methamphetamines" as my new favorite thing to say, which is probably a good thing for my small child.  Because the health nurse would probably be rather alarmed to hear my child pipe up with "methamphetamines mommy!" during one of our visits.

Not that my child is saying much other than "pbthaaaaaaarghl" at the moment.  But really, it's a small step from there to "methamphetamines."

The word.  Not the drugs.  I'm pretty sure my child is many steps away from drugs.

I'm a shoe-in for Mother of The Year, I tell ya.
Posted by Archaeogoddess at 2:59 PM

Email ThisBlogThis!Share to TwitterShare to FacebookShare to Pinterest
Labels: Danish - it's not just a pastry anymore