… and that’s how I decided to become a pig farmer.

So pretty much since I decided to become a farmer, I have been looking for an internship.  Part of the education for a farmer is working on a farm to gain experience.  This is paid work, but because you are a student, the pay is lower and the farmer gets a huge tax break, so it works out for everyone involved.

Provided that the farmer can afford it and wants to spend the time it takes to train a student.

The school told me, “Oh, just drop by a farm and talk to a farmer.”  Sounds so easy, doesn’t it?  Just waltz on up, knock on a door, and they’ll just be so glad to see you!  ‘Cause Danes are like that.  They love to be stalked to their homes and imposed upon!  *BANG* *BANG* You in there, give me a job manhandling your animals!  I have no experience but I’m KEEN!!

How I want to appear: 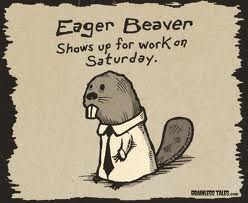 How I’m afraid I actually appear: 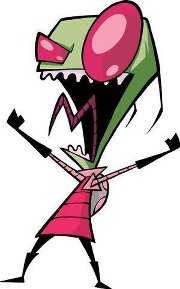 Let me let you in on a little secret, something you may not be aware of, I have a little itty bitty social disorder of some sort.  I am terrified of meeting new people.  (I also hate calling people.  If I can get out of it, I won’t call and order pizza; I’ll make someone else do it.  The only thing worse than calling someone and having them pick up the phone, is to call someone and have the answering machine pick up.  OMG!!  PANIC!!)

I know, I’m an extrovert, damn it, I’m not supposed to have a social disorder!

I hide it well… well, sort of.  I babble.  I’m aggressively friendly.  I smile a lot. (This behavior, by the way, is totally wasted on the phone.  Nothing like hanging up the phone and realizing that your lips are glued to your teeth in a rigor mortis grimace that NO ONE COULD SEE.  Although… probably a blessing, that.)  Most people seem to read this as “out-going and extroverted” and I suppose that’s just fine.  But I really, really, really hate the first 15 minutes with a new person.

Going round to someone’s house, knocking on the door and not only meeting a person for the first time but ALSO trying to sell myself as a future employee?  Hello, you’ve just described my own special hell!

I make out like I can talk about what I’m good at, but I am sooooo not.

Also, I really hate rejection.  I know, no one actually likes rejection, but some people can just shrug it off and move on.  I need a moment, especially if it is a particularly cold rejection.

And now I’ve been rejected a LOT.  Some farmers are very nice, saying that they’d like to have a student, but they can’t afford it.  They invite me in for coffee and go through their contact list, trying to think of a farmer who might have the money for a student.  Those are the rejections that I can handle with grace and aplomb.  I get back in the car and drive to the next farm without any great soul-crushing disappointment.

Then there are the farmers who reject me because they have sons who work the farm and don’t need students.  This one is a bummer because who knew farmers wives were so fecund?  Maybe farmers just happen to breed boys, because lord knows my husband’s non-farming family tends to breed girls.  There’s an idea - does standing for hours near a copy machine kill off Y-chromosome carrying sperm?

For some reason, farmers with sons are not interested in inviting me in and helping me find other farmers.  They aren’t particularly mean, they just sort of matter-of-factly point out that they really have all the free labor they need and close the door.

But then there are the sudden, sharp rejections.  No reason offered, just NO.

Those take a bit to recover from.  Was it something I said?  Is it the appearance of an older woman asking for an internship?  Is it because I’m foreign?  (Probably not, because a high number of farmhands in DK are from Eastern Europe.  Hell, *I* can speak English and Danish.  And I know choice swear words in Polish.)

I started talking to farmers in April.  By the time that school had started in September, I’d spoken to pretty much every dairy farm on the island that has been known to take students.  I even talked to the farms that had never had students.  Just in case I was the one to convince them to. 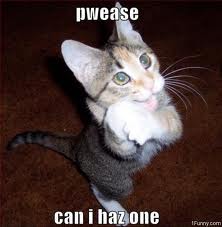 “Oh, by the way,” the school said to me at the beginning of October, “you need to have an internship before you start your next semester, November 1st, or we won’t let you continue at the school.” 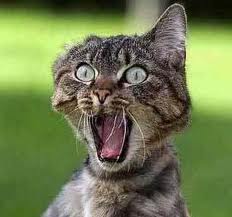 So I had to consider working on a pig farm.  Pig farming is a hard business.  I wasn’t particularly convinced that it was for me.  But as part of our education, we had two days on a dairy farm and two on a pig farm.

I wrote a bit about the dairy farm, the glorious rainbow and dedicatory tires, but I didn’t write about the pig farm.  It’s very different work.  Pigs require more hands-on work than cows and pig farms are much larger than dairy farms.  (I will go into more detail in another post, but I’m trying to get at least ONE post up this week and I’ll need to stop writing at some point!)

Anyway, one of the major benefits of working on a pig farm is the hours - you don’t start at 4 or 5 in the morning and you don’t have a several hour break in the middle of the day and you are done well before dinner.  This meant that I could look off the island for an internship.  Ferry boat schedules: the bane of my existence.

I’d looked off the island for a dairy farm as well, with the idea that we might have to move.  It still didn’t work.  Obviously I intimidate dairy farmers.

So I started looking at pig farms on the island and then farther afield.

One of the other things that I did manage to accomplish in my rounds of Danish farms is talk to many people about farming in Denmark.  Specifically about the job market.  The second in charge on the pig farm I did my two-day practical on was originally educated in dairy, but couldn’t find work on a dairy farm.  He now has some cows of his own at home, but pays the bills by working 7-3 with pigs.  Several of the teachers at the school pointed out how everyone wanted to work with cows and few with pigs, mostly because of the bad press pig farms get.  These statements are backed by the sheer number of job ads for pig farmhands and very few for cows.

And so I made a decision.  I was going to have ONE education that is actually marketable.  One education in a growing field, where I can use the education I get and be paid for it.  And get that nice 6-week vacation that Danes go on about.  And that permanent residency that I hear so much about.  I was going to be a pig farmer, damn it!  The best damn pig farmer EVER!

I finally got an internship on a pig farm on Wednesday.

I KNOW!  Talk about cutting it close!

Is it what I had in mind when I started this crazy adventure?  No.  Is it something I think I’m going to be good at?  Yes.

And to ensure that I am guaranteed gainful employment for the remainder of my working days,
please … 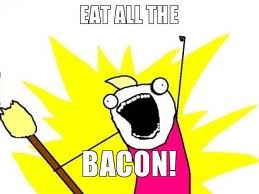 Posted by Archaeogoddess at 3:41 PM